After placing 3rd in the world championships in Pantin, Nathan has taken some time to review the zenith…. Here is what he had to say….

After 6 years with no kayak surfing in my life and purely waveski riding, I was anticipating the transition back into a kayak to be a difficult task. As my waveski was shaped by James Hawker, the mastermind behind Ride’s new surf machine, I had a sense that it might suit me and was curious to see how well it could perform… I was simply amazed by the experience I had while surfing the Zenith.

There are various behaviours the Zenith possesses which impel me to draw the conclusion that this is THE kayak to be riding right now. It has a combination of features enabling all round high performance surfing rather than pigeon- holing itself into being a one trick pony. While some seek a kayak with phenomenal down the line speed and minimal turning capability, the Zenith serves up a fat portion of speed but uniquely delivers a side plate of manoeuvrability. Balanced with a confidence invoking stability, this kayak holds no limitations for the innovative surf kayaker.
Slashing
Slash turns have never been a manoeuvre I have enjoyed as they usually entail forcing the kayak around a tighter radius than it is capable of and dragging a large amount of volume through the water in order to flick the tail out. The resistance created by the kayak during this action often results in the loss speed and sometimes causes the surfer to stall so severely that you fall off the back of the wave. Ride have removed this resistance by decreasing the volume in the front of the Zenith, softening the front rail and cutting away even more volume from the side wall creating a concave either side of the cockpit. When I began throwing myself into slash turns with the force that used to be required in previous designs, the Zenith simply flicked around, kicking up spray and retained the wave effortlessly, even when I attempted them in weaker surf. Not only does the Zenith enable you to complete slashes with ease, it also makes them feel enjoyable, which is a whole new experience for me. 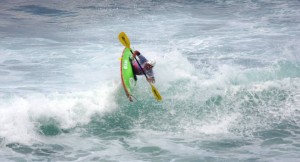 Rail to rail transition
Firstly, let’s focus on the rail before moving onto the transition. While the Zenith has fins and a planning hull allowing you draw turns out from the tail, it also has a long gripping rail enabling you to park the boat at the top of the wave for the first few pumps to build up speed before you really start throwing it around. With a rail which provides you with so much grip in the face of the wave, you might think that releasing one rail and switching to the other would be a challenge and result in you tripping up or power flipping. This is not the case; the chamfer on the underside of the front two thirds of the rail running from the tip of the kayak up to your thighs makes this experience more forgiving, enabling a swift flick of the boat from the wave side rail back onto the beach side, resulting in very fast, snappy turns. The concaved walls in the deck allow one last little flick to accentuate the turn and send that spray up, before gently rolling back onto the hull.
Down the line speed
So a kayak with the ability to flick around on the wave and swiftly shift from rail to rail must surely have a weakness….Could it be the down the line speed? Prior to surfing the Zenith, I spoke to a few people who had drawn conclusions following their own comparisons between the Zenith and other manufacturers’ latest models. They were quick to tell me that they did not feel that this was a fast kayak and I have to say it did take me a bit of playing around to find, but once I started to put the Zenith into the right part of the wave, I unlocked all the speed I needed. This kayak will sit anywhere you put it on the wave and when I finally sat it back in the pocket and began driving turns out of the bottom, it unleashed itself and sent me hurtling towards the lip with the speed of a gazelle. While the Zenith may not possess the instant velocity which some surfers relate to speed, those more seasoned riders among us who know where to put a surf kayak and are prepared to slot the kayak into the critical section of a wave will be rewarded with the speed they seek on a level I have not experienced in a kayak before. I did not find the true potential of the Zenith in my first session so I would urge anybody wishing to trial a Zenith to take their time and really put this kayak through its paces to give yourself the opportunity to find the magic-as I did- of the Zenith. A new wavesski or surf board takes a good rider a few weeks before they click with their new craft. If the Zenith is the kayak that has managed to get closest to the performance of a waveski, then you should expect to invest a little time in your new toy and find the advantages it has over the many competitor models. 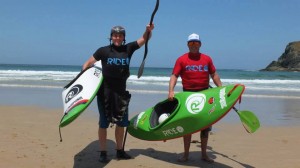 Surfing the slop.
The Zenith looks more kayak-like than some of the other arguably more radical looking surf machines out there. The seating position is a little more central giving the appearance that the tail is perhaps slightly longer than competitor models. This gives riders the option to surf on the middle third of the kayak rather than off the back tail as you would with a ski, and while some surf kayakers might find this strange to begin with, it actually enables the kayak to stay on the plane and retain its speed even through sloppier sections. This has two advantages, the first being that you can get it going on weaker waves and the second is that when you are competing in waves with less push, the Zenith will keep its speed through your manoeuvre without stalling as a kayak which is dependent on a hollower wave might. I think it’s this characteristic that makes this new addition to the line-up really stand out from the others, as costumers who are about to shell out on an expensive kayak want to make sure that their new toy will perform in a range of conditions and not be dependent on a certain wave type. The Zenith’s versatility allows you to ride the rail every time the wind chops up the face or the waves become fatter, then switch back to powerful bottom turns driving your momentum out of the tail to initiate big manoeuvres off the lip when the conditions wall up.
Floaters
As far as I am concerned, a kayak wins hands down over a waveski when it comes to floaters due to the extra volume kayaks possess, resulting in greater stability when you get yourself up onto the aerated part of a wave and perform your floater. Despite looking very low volume, the Zenith still retains this advantage and due to its extra width in the front third of the hull, I found it sat beautifully up high and glided through the floater with ease. Those chamfered rails I spoke about earlier assist the landing on the other side giving you the confidence to start anticipating your next manoeuvre before you have even come off your floater and back onto the green face.
Re-entries
I had wondered if the reduced rocker in the nose, exaggerated by the lack of volume up front might cause me problems when coming down from a vertical manoeuvre in the critical part of the wave. Even when I felt like I had pushed my luck too far and the nose was sure to bite and throw me over the handle bars, there was always sufficient lift to keep me out of trouble. I really enjoyed throwing the Zenith up to the top of the wave, laying down some beachside rail and letting it glide through the manoeuvre as a waveski would. The law of physics states quite clearly that what goes up, must come down and there is nothing worse than smashing the lip and feeling the release we all so desperately seek, then dropping down the wave, biting the rail and rolling up dazed feeling like somebody has slapped you across the head with a big rubber glove! I can honestly say that I did not catch a rail during the week I rode the Zenith and have to admit that despite loving a waveski, I found myself getting off the water grinning like a Cheshire cat every time I took it out for a spin.
Comfort and build quality
The surface finish and logo placement certainly makes Ride kayaks look professional, and when you pick any Ride kayak up, the lack of weight (of their middle and top spec builds) is very pleasing indeed. A quick inspection of the hull informs you how stiff Ride are managing to produce these kayaks, but the attention to detail on things which have been overlooked by Ride’s predecessors started to raise my eyebrows the more I inspected their range. Let’s start at the beginning… you first unzip a professionally finished kayak bag and slide your shiny new Ride kayak out which is filled with an abundance of pieces of foam. There are different sized, pre-cut foam pieces for the footrest, an ergonomically shaped back rest and (for the Zenith) a mushroom to insert between your legs to lock yourself in. Within five minutes, I found myself feeling fully locked into the kayak and very comfortable; at this point CEO of Ride kayaks, Tim Thomas wondered over with a surf form and helped me further customise the fit. Needless to say that the kayak really is an out of the bag and ready to ride product similar to the quality you would expect from a white-water kayak.
The cockpit rim is a nice touch and I am sure that the Ride manufacturers scratched their heads for a long time trying to figure that one out, but it was definitely time well invested in my humble opinion. The Ride range has a one piece cockpit rim, integral to the top deck, meaning that there is no extra glue or filler to chip away creating leaks in the future and of course less material means less weight. 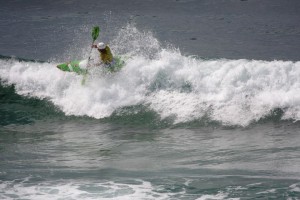 I cannot sit here and tell everybody to go out and buy a Zenith, as the truth is there are some excellent kayaks on the market and have been for a long while…You will need to go and test each one yourself and find the kayak which suits you. What I can tell you, is that this little kayak made me fall back in love with kayak surfing, it got me through heats with varying conditions and enabled me to complete a variety of manoeuvres delivering me to the final of the Open HP at the Pantin World Championships this year.
PROS
Fast
Progressive
Highly manoeuvrable
Easy paddle out
Very forgiving
High quality product
Comfortable
CONS
Limited space for the larger paddler 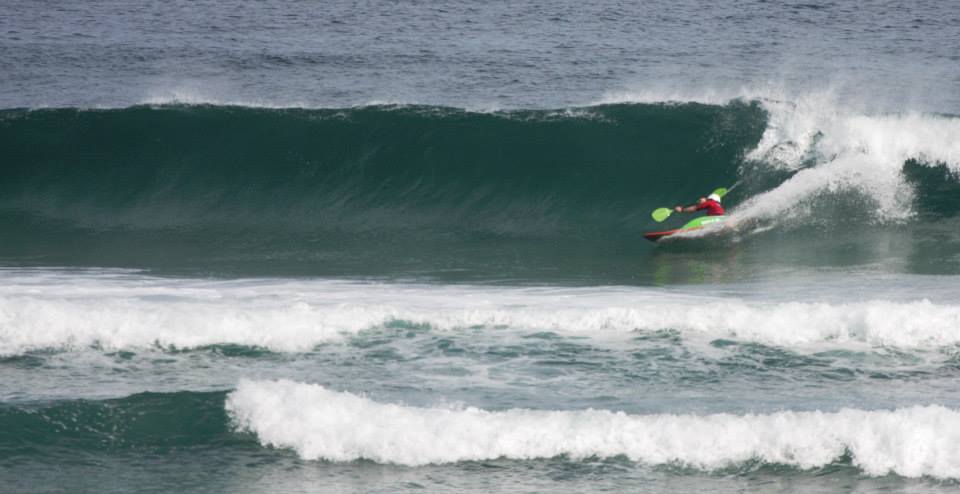 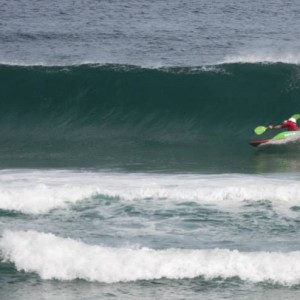 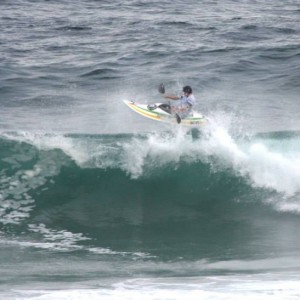 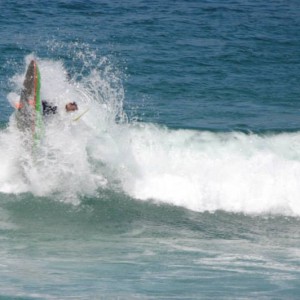 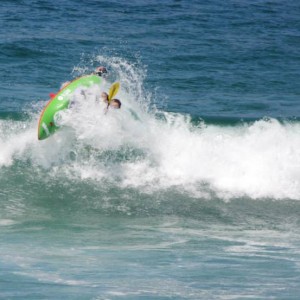 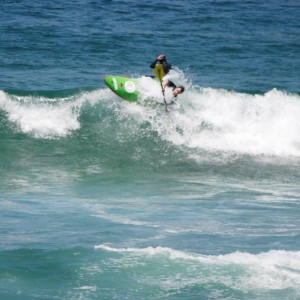 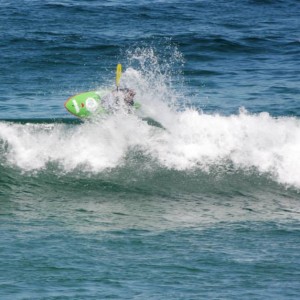 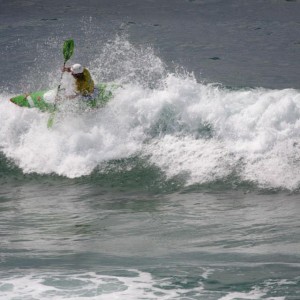 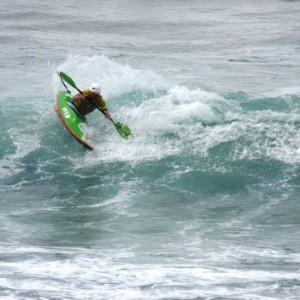 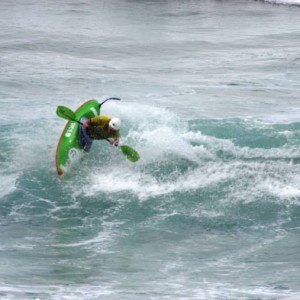 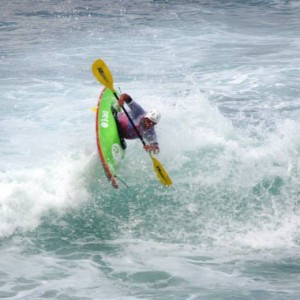 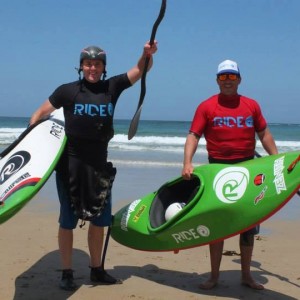