A few weeks back I got the chance to underline why I love tides, why I love my home in Wales and why I rate the Eclipse as the ultimate all round surf boat. And it took just twenty-four sweet hours! 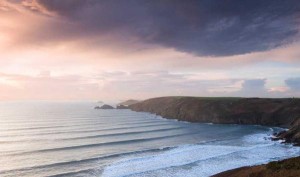 Seven o’clock Saturday evening. The sun is going down and I’m about a quarter of a mile off the Pembrokeshire coast. For the umpteenth time tonight, I cross the eddy on the surge that fires me straight out and onto the wave face of the legendary Bitches tidal rapid.

It’s a peaked, triangular shaped standing wave, with steep and shallow sections that pulse with the swell, growing larger as the tide rushes in. Switching from side to side, trying a few grinds and spins I wait for the pulse, drive an edge and accelerate right over the peak getting airborne and side kicking down onto the other side. It feels so cool just slashing turn after turn; this is my spiritual paddling home, and the Eclipse is the best boat I’ve paddled on this wave in twenty odd years of coming here. 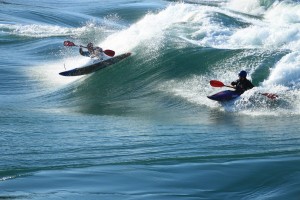 The day after the night before and I’m sat a few miles down the coast, at Newgale beach, eating ice cream and watching the tide draining away its seven plus meter range. I’m looking keenly down to the far corner where the low tide is exposing the waves at Penycwm.

It’s not looking promising. Big lulls and so so waves. But as the tide turns pushes back in again it starts to happen: Wall after wall of three to four foot right-handers, offering up all sorts of promises. I’m surfing with Bramble and Tom and as I finish another ride of lip hitting goodness, I turn and either Tom is dragging an elbow and tucking under, or Bramble is screaming from top to bottom. It doesn’t last that long, but it is all ours. 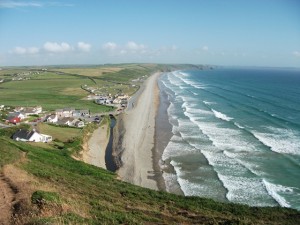 Time is getting on and by now it’s late afternoon. I’m feeling a bit knackered driving along the South Wales corridor back home. A quick stop at the house to drop off the dog and away I go, up alongside Offa’s boundary between Wales and England, heading for Gloucester.

So far the water has been clear, the sky blue and the sun out. But as the sun sets again, just after twenty-four hours since I paddled onto the Bitches, I’m climbing over a wall, balancing across boulders and padding through mud to meet with my number one tidal obsession. The Severn Bore. 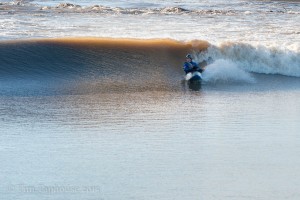 Just as twilight arrives so does the bore, with a proceeding roar, the world’s second largest tide is squeezed over the shallow waters and mud flats of the river Severn so fast it breaks to form a wave. It’s a fickle beast, sometimes almost flat and trickling forward and at other times raging and carrying everything before it. Tonight is only a short ride, maybe just two or three miles and a small shoulder, but after the last twenty-four hours I’m just stoked at my adventure.

It’s been three very different tides, three brilliant sessions but only one one amazing boat and that’s why I rank the Eclipse so high. 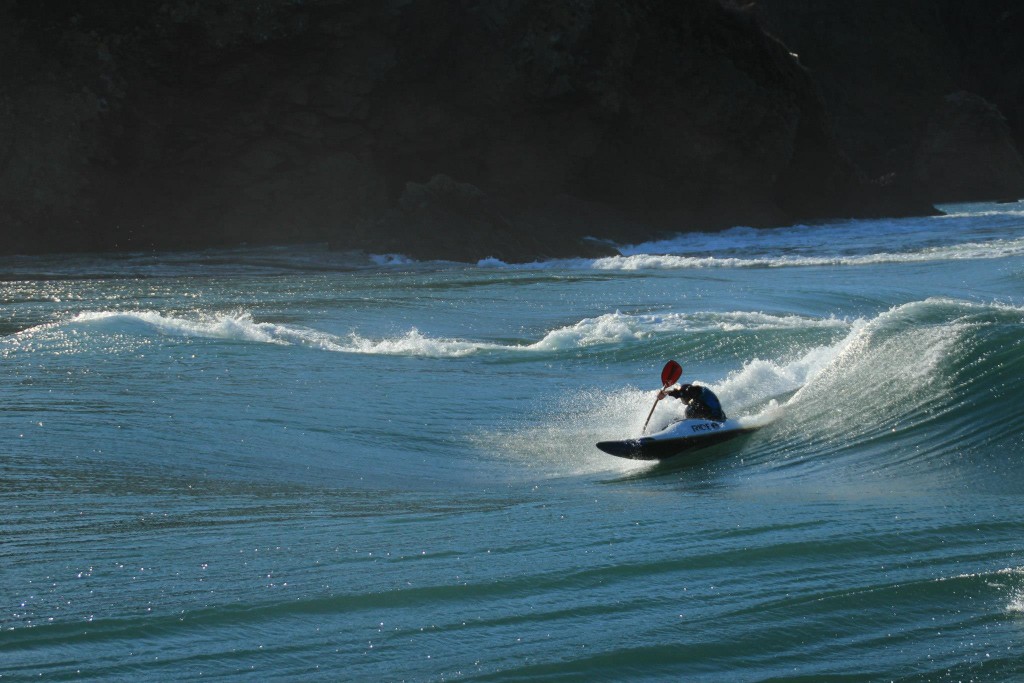 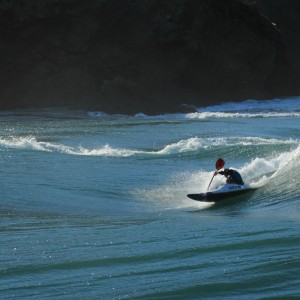 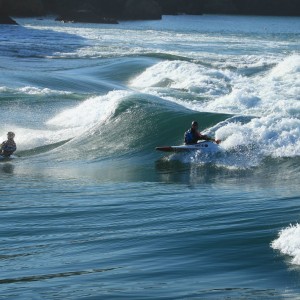 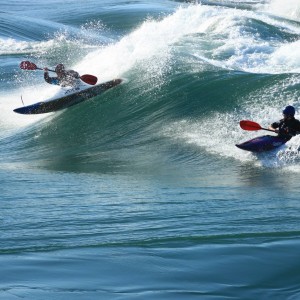 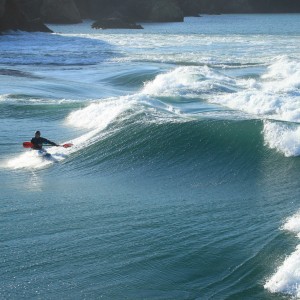 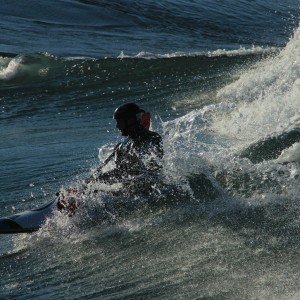 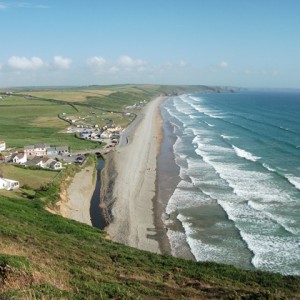 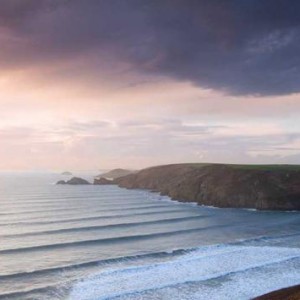